If you’ve even the remotest interest in science, then you might be familiar with the terms electricity and magnetism.Indeed, the device you’re reading this on probably wouldn’t be possible without such technologies (even if you’re reading it on a printed page, the chances are overwhelming that electromagnetism was involved in transporting, processing and selling it).The truth is that electromagnetism was discovered over the course of around a century, by a series of men who built upon one another’s discoveries.It’s an example of the international scientific community working at its best.

The first electromagnet, like many of the most seismic scientific theories, was created quite accidentally.A Dane named Hans Christian Ørsted found that, as he was preparing for a lecture, the needle of a compass he was using moved when a nearby current from a battery was switched on and off.He surmised, correctly, that magnetic force radiated outward from a current-carrying wire in the same way that light and heat might do from their respective sources.

Though he had identified a peculiar phenomenon, however, Hans couldn’t come up with an explanation for it.He could, however, create the very first electromagnets by wrapping a coil of wire around an iron core.Though insulated wiring wasn’t available at the time, this problem was overcome by coating the iron block in a thick layer of varnish.Today, the standard unit of measurement of magnetic induction, the oersted, is named after this early pioneer. 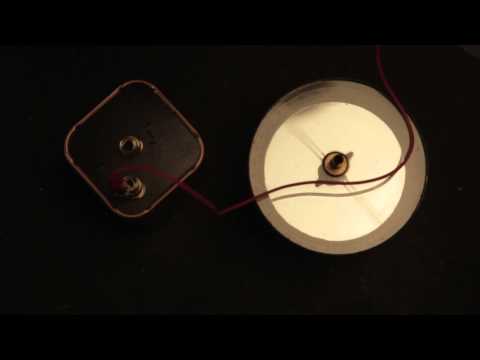 Shortly after Ørsted’s discovery, a British scientist named Michael Faraday attempted, alongside his collaborator William Hyde Wollaston and former mentor Humphry Davy, to develop an electric motor.He went on to build two devices which did successfully translate electrical current into rotation, albeit by entirely different means.Faraday published his findings without acknowledging the involvement of the other two men, and thus attracted considerable criticism, and stunted his progress in the field of electromagnetism for years.

Over the coming years, Faraday pursued several dead ends.He tried to see if a current in one wire could directly induce a current in another adjacent wire, without success.His next breakthrough resulted from wrapping two insulated coils around either side of an iron ring.By passing a current through one coil, another current was generated in the other coil.It was the beginning of what would later be labelled magnetic induction.

While the relationship between electricity and magnetism was uncontroversial, until the latter portion of the 19th century, the two forces were viewed as wholly distinct from one another.This changed when a Scottish physicist named James Clerk Maxwell released ‘A Treatise on Electricity and Magnetism’ in 1873.Maxwell showed that the interactions of charged particles were, in fact, created by a single force – and illustrated four examples of their interactions, each of which has been demonstrated repeatedly through experiment.

The first of these effects is that opposite charges attract and identical charges repel.This is now a principle so well-established that it’s been buried into the English language.The second of them is that north and south poles are always attached to one another; it’s impossible for a magnet to have just one of them; cut a magnet in half and it’ll become two smaller magnets, each with a north and a south pole.The third is that a current in a wire will create a field outside the wire, whose polarity is dependent on the direction of the current, and the fourth is that current is induced in a wire by a magnet moving nearby.

Where are electromagnets now used?

Fast-forward a century, and we find that modern electromagnets are used in a range of applications.From MRI scanners at your local hospital, to the starter motors in your car’s engine, to the speakers on your home cinema setup or mobile phone, your life as it is now would be simply impossible without the use of electromagnets.Inductors are also widespread, most notably in the alternators which your car uses to charge its batteries.An alternator is a form of inductor which translates the motion of your car’s engine into electric current which can be used to charge the vehicle’s battery.That way, you won’t run out of juice when you next come to start your car.That said, a battery can still go flat if it’s left idle for long enough, so be sure to equip your vehicle with a suitable set of jumper cables.You’ll find BMW, Ford and Audi alternators available online, from specialist retailers.

Taking Care of Your House Improvement Tasks Like Never Before

Gone are those days when you could simply build a house and never look at it again. Now, if you want to make sure that your house stays in a good condition throughout its lifetime, then you will have to keep a close eye on it always. If you don’t do it effectively, then you […]

Types of White colored bedding to adorn your bedroom

White is a color of peace and tranquility. The white color is a great sleep inducer as also makes one calm after a busy day. There are different types of white colored bedding available on the market. As the summer is approaching, it is time to change your dark colored sheets to light colored ones. […]

Right Net To Choose For Your Pickleball Play

Have you confused about the right net to choose for your pickleball play? Here we are to solve your problem. You can get the best quality net for your game from the leading website Wolfe sports.com. At here you can get a variety of net to choose from. The portable and light in weight net […]

Get your business a better boost with Magento Company

How to find the right type of denture?

What Exactly Buying a Backlink?

What is the success rate of IUI?